Fox Associates And The APWA: Collaborating For Advertising Growth

The American Public Works Association has an advanced approach to advertising and sponsorship sales. Its offerings run the gamut: The print magazine. The website. Enewsletters. Thought-leadership and lead-generation opportunities. Content marketing. A featured-products and services program. And lots more.

“Our association is unique,” says Director of Sales and Marketing Jared Shilhanek. “A lot of associations have a vertical focus. We’re horizontal. We cover it all, not just roads not just bridges, but everything, including solid waste, transport, water and sustainability.”

This broad range of expertise provides the association with plenty of opportunities to get advertisers involved in lots of ways, Shilhanek added. 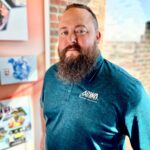 And in turn, expanding advertising offerings has enabled the APWA to exceed revenue objectives. “Last year was a record-setting year for APWA across our magazine and all our other digital offerings, and this year we will exceed that,” Shilhanek says. “And all of our projections are that we’re going to have another record-breaking year this year.” (The fiscal year ends at the end of June.)

Shilhanek attributes this virtuous interdependence between the association’s expanding media offerings and its ad-sales success in large part to APWA’s advertising sales team: Fox Associates. When Fox came on board in 2013, he says, the company was different right from the start. “We had other sales teams but we’ve never had one anything like Fox,” he says. “They worked really hard to listen to advertisers and work with us to develop opportunities to serve advertisers.”

Case in point: The APWA’s popular Insights and Solutions opportunity, a white paper. “Advertisers told us that was something they were wanting,” Shilhanek says. “We started with two a month and they sold out almost immediately, and we expanded and now do it once a week.”

Importantly, the white paper is a lead-gen tool, with name-and-email access to the document. And the lead-gen engine goes beyond the PDFs to include videos and podcasts as well, which contribute not just to lead generation but also to thought leadership for the advertiser.

Another important ingredient, Shilhanek says, is that the Fox team feels like a seamless extension of the association itself. “There is a sense of camaraderie between us and the sales team,” he says. “We’re all copied on each other’s emails, it’s a family atmosphere, we’re not afraid to joke around with them. It’s a breeze. It’s enjoyable. They’re customer-service oriented. They’re fierce advocates. They’re respectful. And I’ve never experienced that with any other vendor or outside sales team. They are foxy!”

In the past, Shilhanek says, the association worked with outsourced rep firms and felt those firms were stretched a little thin. APWA wasn’t getting their full attention, and neither were APWA’s advertisers. Working with Fox, he concludes, “has helped put us at ease when we wonder about working with an outside firm.”