Fox Associates and the Association of the U.S. Army: A Successful Collaboration

Any business partnership can be fraught—misunderstandings, mismatched expectations, over-promising and under-delivering—these things and more can derail a relationship between customer and client, publisher and supplier.

But during one of the most challenging times for revenue development in recent memory, the Association of the United States Army has thrived, led in part by Fox, which took over advertising sales in 2017. More remarkable still, says AUSA Manager of Advertising and Merchandising Desiree Hurlocker, is that Fox drove ad revenue past the $1 million mark for the first time, even as the pandemic disrupted buying and selling for over two years. 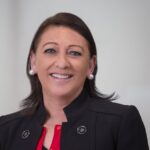 Hurlocker describes herself as a “middle man,” handling insertion orders, ad schedules, artwork and coordinating with editorial as needed. Fox, she says, is out in the industry on AUSA’s behalf, meeting with clients, selling ad programs and prospecting for new customers. The two partners collaborate on developing leads.

“I came on board in 2013, and starting that year, advertising wasn’t doing well at all,” Hurlocker says. “We hired someone to do it, but they weren’t good salespeople, and that became clear after about two years. Then we hired Fox Associates and we’ve seen the growth—there’s definitely been a big difference.”

Even through AUSA’s ad revenue is less than shows, sponsorships and member revenue, it means a lot, including for potential upselling among suppliers. “They build relationships with people,” Hurlocker says. “The advertisers, the key contacts. That kind of thing is very important and Fox has a very good relationship with their customers.”

Another essential element in the association’s relationship with Fox is working together on product development. Hurlocker says the dynamic in this area is productive. “They come up with new ideas to generate revenue,” she says. “We’re trying to always add new assets for Fox to sell with, and they always come up with suggestions.” Among them:

Staying in constant contact is essential, Hurlocker says, and making sure there’s no gap between the association and the rep firm. In the end, she says. “With Fox, these people are professionals. They’ve been doing it a long time. They really dedicate themselves to what they’re doing. The come to our shows. They have a lot of connections.”

“They’re very familiar with the industry too, and that’s really important as well,” Hurlocker says. “I’ve worked with in-house and you can’t compare.”