As Subscriptions Falter, Some Publications Turn Back To Advertising

Everything in media, and I mean everything, is cyclical. It wasn’t that long ago that the prognosticators were saying the industry had to migrate to subscriptions, that users and consumers had to pay for the content they consumed. Subscriptions were recurring revenue, went the thinking. It was a more stable revenue source than volatile advertising, less susceptible to economic forces that cause it to expand and then contract.

All this happened over the last 10 years. So it was surprising (but at the same time predictable) to see a report in the longtime journalist and marketer Simon Owens’ newsletter suggesting the winds have shifted. A key conclusion from Owens:

There’s a “recognition that paid subscriptions—while providing a great revenue generator for content companies—often can’t prop up a business entirely on their own. The preponderance of free content will always serve as a counterweight to any digital subscription. At the same time, I think there’s more industry-wide recognition that advertising isn’t necessarily always bad.” 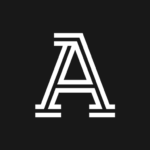 Owens’ subject is the New York Times, which for the last several years has been held up as the most successful media entity in shifting to large-scale digital subscriptions. When it acquired the sports site The Athletic earlier this year, the expectation was that the Times’ secret sauce for subscriptions would easily be overlaid on The Athletic.

“The Athletic had long struggled with subscriber churn issues, especially given the seasonality of sports. The churn was so bad that the site was forced to offer steep discounts in order to sustain its subscriber growth. It wasn’t surprising, then, that it immediately began eating into the NYT’s profit margins right after the acquisition. Given those brutal economics, investors were extremely skeptical that the newspaper could turn the ship around. So what was the NYT’s answer to this skepticism? Advertising.”

For the first time in its six-year history, The Athletic will begin running ads. And it’s not alone. Netflix, for example, recently announced it was introducing a cheaper, ad-supported tier. Disney+ is doing the same.

In the end, this suggests a recognition of two things. Media success relies on a mix of revenue streams, and advertising, rather than diminish the user experience, has the potential to actually align users’ interests with those of marketers.