Sales Communications Can Sometimes Be ‘Off.’ But Not At Fox!

As a former high school english teacher and a self-proclaimed ‘word snob,’ I blanch each day at what I hear on television or encounter in my business life. Let me list a few of my favorites, and I’ll hope to give you a laugh as we go. 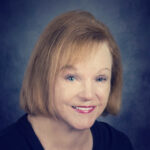 I do hear so many mispronunciations on TV, even among my favorite anchors. You wonder if there is someone standing by that can fix it for the future.  What I hate most, though, is to hear anchors and guests alike saying something about ‘x [insert topic or object here] is for so-and-so and I,’ and then hear it repeated again in another context, again with the ‘x and I ‘ when the word should be ‘me!’

Well, I’m into the weeds now, so I’ll move on to some amusing recollections.

My colleagues and I were in a nice French restaurant, not in Chicago (!) and it was our guest’s turn to order. He asked for a (phonetically) ‘nic-o-eezy’ salad. I was the next to order, and I wanted the Niçoise salad as well, so in my best “When Harry Met Sally” voice, I said ‘I’ll have what he’s having!’ Whew! (The actual pronunciation is “Ni-swaz.”)

I heard a guy give a very compelling speech, with a little help from notes, and finally he spoke of the (phonetically) ‘para-dig’-em’ involved … instead of the para-dime (paradigm). The reaction was palpable!

Finally, and think hard on this, it’s a little more difficult. I heard a guy speak of a ‘Peh-doff ‘-aley.’ I thought it was a Greek god I’d never heard of. It took a while for me to move to the subject at hand, which was not on this subject at all! Think about it. It will come to you.

Care to share some of your faves? If so, please send an email to editor Tony Silber.